Sparring with armor and bamboo swords started as far back as the 1700's as a compliment to Kenjutsu training, though it did not become popularized as a sport until the late 1800's.  It would not be until 1912 that it officially became known as "Kendo" by the Dai Nippon Butoku Kai, and the modern version of the sport was formalized in 1952 by the Zen Nihon Kendo Renmei (ZNKR).

As a sport, participants use bamboo swords (called 'Shinai') and specialized armor that protects the body, arms and head.  The purpose is to use strikes and counter-strikes to accurately hit any of four targets on an opponent's body.  Each valid strike earns one point, and most matches are best out of three.  The strike can only be considered valid if the right part of the body is struck with the right part of the shinai, if the attacker has a strong shout (known as 'Kiai'), and the attacker exhibits good form both before and after the strike. 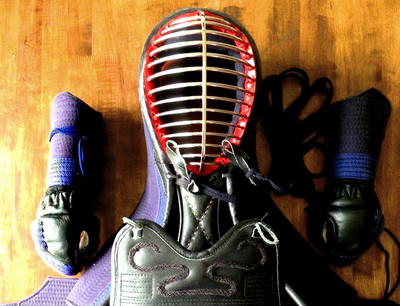 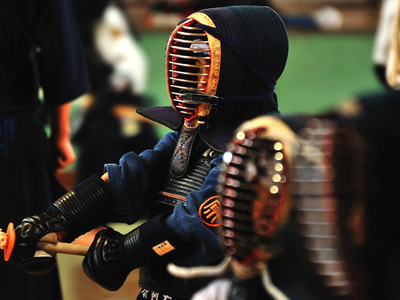 DISCLAIMER: Seibu Ryu does not teach Kendo, nor does it perform any of techniques in armor.  Kendo is included here on our website for the sake of completeness and general relevance to our art.

Kendo is amazingly popular in Japan.  Like baseball and football in the U.S., it is an important part of Japanese culture and evokes a strong sense of nationalistic pride.  People start learning as children, resulting in numerous teams from elementary through college.  Tournaments are common and can attract thousands of people to a single event.  Unlike baseball and football, many continue with the sport after leaving school, and many will practice their whole lives.  Beyond school, people practice in martial arts schools, clubs, and even work associations sponsored by an employer.  One of the largest "clubs" is the police force, which holds its own National Championship and produces some of the best Kendoka in the country.  Overall, the ZNKR estimates there are over 1.7 million practitioners in Japan.
﻿Compilation by Nozomi Nagashima of Japanese High School competition.﻿
One of the reasons why Kendo is so popular, and why people still practice it well into their 60's and 70's, is that it is more than a sport, it is a way of life.  Like Iaido, or Aikido, its highest pursuit is the improvement of the self.  The ZNKR (All Japan Kendo Federation) describes the concept of Kendo as this:
"Kendo is a way to discipline the human character
through the application of the principles of the katana."
In this sense, Kendo is a tool where one can gain a better understanding in life by applying the principles of sword.  Like sparring, life requires dedication, humility and perseverance to be successful.  At its heart, Kendo teaches how to refine oneself, a skill that can be applied to all of life.  Because of this dedication to a spiritual pursuit, Kendo and Iaido are very similar and many higher level practitioners study both.  The two are very complimentary, filling in different aspects of Kenjutsu as a whole.

It should be pointed out that there are some limitations to Kendo as a martial art.  The ways one can strike, and where, are very limited and unrealistic to actual sword fighting.  Footwork is also very specific and very linear (like in Olympic line fencing).  The Kendo strike is not suitable for cutting through targets and learning to cut is not a part of Kendo training.